CARENCRO, La. (KLFY) – A Carencro woman wants to bring awareness to being safe when shopping alone in stores after she says she was stalked while shopping at Walmart.

“You don’t think anything of it, especially a small town in Carencro. You know, that’s my hometown,” Maci Laviolette said. “You hear about things happening like, you know, Lafayette, whatever it is, but you never think just right there by your house is something, you know, scary or something like that would happen.”

The city of St. Martinville receives $400,000 for upgrades to the festival grounds

Laviolette told News 10 that she went to Walmart in Carencro on the evening of Dec. 5 to pick up some decorative items for her sister’s Christmas tree.

“My purse is in the basket. My basket, I had it in front of me, and I bent down to get some paint in the crafts, and it’s like, he was hovering over me, but it was quick, and I looked at him, and I’m like, you know, kind of like what are you doing?”

She continued, “Okay, I need to trust what I’m feeling and see this is what’s happening,” she said. “Is this an incidence, or is this intentional?”

She told News 10 that she went to another aisle where a worker was and told the person what was happening.

“The guy came on the other side, and when he saw the worker, he froze like you could see in his face like he was shocked,” she said.

Laviolette said when she went to peek around the aisle, and the guy was looking for her, she went to the store manager.

“He lost me. So he’s looking for me, breaking his neck literally. When I noticed the issue of what was going on, I was ready. It’s not when I was done. It’s not, you know; I was ready to checkout.”

She said that she then went out of the store and Carencro Police escorted her.

Police Chief Dave Anderson told News 10 that Laviolette did the right thing in reporting when she felt unsafe. However, the man accused of following her in the store did not commit a crime. Anderson also said that his department would be patrolling large stores like Walmart, and some tips are to remain alert to your surroundings. Keep your purse close by and cash in the front of your pocket.

“It’s disgusting. I felt angry, too. You know, and just that, and just a nervous feeling like sick to my stomach because if it would have gone the wrong way and I wasn’t paying attention, I was on my phone, I don’t know how that would have gone,” Laviolette said.

While her Facebook post has been getting a lot of attention, she commented on the positive and negative feedback she has received.

“I could have been vocal about the situation. I always said, well, I’m going to cause a scene or something like that, and I got a lot of comments saying that. But when you’re in that situation, especially when you think of sex trafficking, you know, anything that is that scary, it opens your eyes because you don’t think it’s going to happen to you. Until you’re in that situation, you can’t say how you would respond to that.”

She hopes all women will protect themselves whether carrying a taser or a concealed carry.

She also thanks everyone who has helped her thus far, as well as the manager in Walmart, the employee who helped her, and the Carencro Police.

If you are experiencing someone stalking you call your local police or contact your local service provider or a national hotline: Victim Connect: 1-855-4 VICTIM (1-855-484-2846).

Save 40% on Missoma styles celebs like Meghan Markle love

Sat Dec 10 , 2022
Page Six may be compensated and/or receive an affiliate commission if you buy through our links. ‘Tis the season for sparkle. And when it comes to ringing in the holiday season with rings and other bling, stars like Emily Ratajkowski, Florence Pugh and Gigi Hadid — to name just a […] 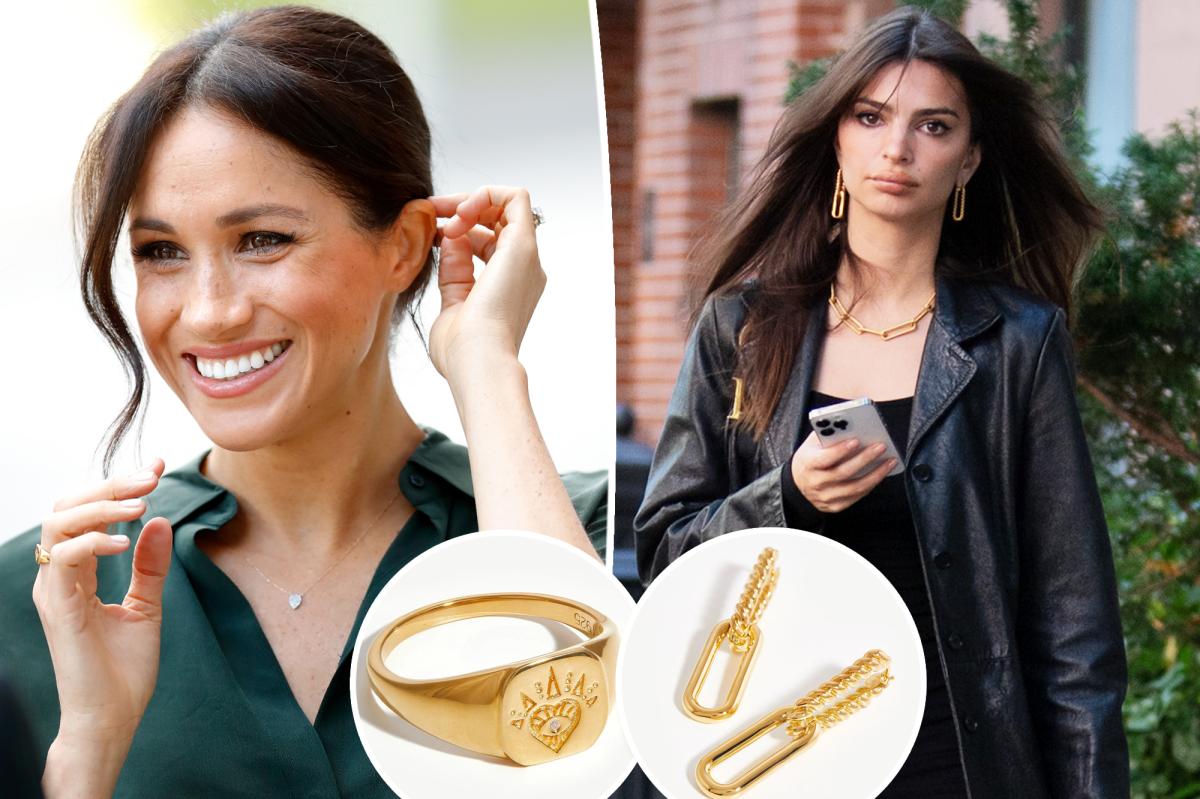