A SCAMMER claiming to be a beauty agent convinced a woman to shave her head for thousands of dollars.

Megan Randolph, from Layton, Utah, said her confidence has been “rocked” after the con artist targeted her via text and convinced the model to shave off her hair and eyebrows for an “online campaign” in exchange for cash.

But the money never came and the scammer, who claimed to be a rep for Redken beauty and hair care products, vanished along with the phone number which is now out of service.

Randolph, who has been out of work since last year, told KUTV: “I am a little devastated… but it is just hair and it will grow back. I wasn’t scammed out of anything but it’s malicious; it’s 100 per cent cruel.”

Now she wants to spread the word about the scam and make sure others don’t fall prey to the same trick.

When Randolph first received the text, she and her husband tried to verify the number and it did show it was registered to Redken – but it was probably a phone trick used to mimic numbers for caller ID.

The husband also called the number to hear a voicemail service, which sounded convincing.

And Redken does have a series of online media campaigns about handling hair at home, so what Randolph found online seemed to confirm the information provided to her by the scammer.

But once Randolph sent over the pictures of her new buzz cut, the supposed beauty agent vanished.

The model is now wearing a beanie to cover her bald head until it grows back.

“I don’t plan on leaving the house until I can figure something out and I know that sounds silly,” she said.

“They don’t understand the hit that somebody takes. They used me, they abused me..and they just throw it away.

“I am going to be really blunt, it’s something like a digital rape.”

“I just want people to be careful. If it sounds too good to be true, go with your gut.

“I want other women to be aware that this can happen. It was a total complete betrayal of trust. It’s crazy.”

Randolph’s warning comes after the FBI warned of a disturbing scam with callers pretending to be Border Control claiming your car was found full of drugs.

Scammers are using technology to change their actual phone number and pose as US Customs and Border Protection.

According to ABC7, a scammer attempted to trick one of their reporters, calling them from a phone number that looked similar to her work line.

The call stated that U.S. Customs and Border Protection had seized the reporter’s car because it was found packed with drugs and urged her to press 1 to speak to a CBP officer.

The reporter got curious and she did so- the man at the end of the other line claimed to be Customs and Border Protection but when asked where he was calling from his response was “Afghanistan.”

He then asked her ‘Do you know that I’m a terrorist?’ and proceeded to threaten her he would “throw a bomb” before ending the call.

FBI Special Agent Cara Sammartino advised people who have received similar calls not to panic but to report the incident at their local FBI office instead.

And the IRS has also given advice to people on the warning signs to look out for after stimulus check scams soared over the summer.

Cases of scammers trying to con taxpayers into giving them a payment or handing over personal information relating to the Covid stimulus checks rose drastically in June and July, the IRS said.

Methods used by the unscrupulous criminals include fake emails and texts.

The IRS said scammers tried to match the language used by the IRS to get taxpayers to submit their personal details or hand over money.

Jim Lee, chief of IRS Criminal Investigation said in a statement: “Even though taxpayers have received multiple rounds of Economic Impact Payments, we saw phishing scams surge this summer.

“The number of reported scam attempts reached levels we haven’t seen in more than a decade.

“More than ever, it is important for taxpayers to continue to protect their personal information and not fall victim to these scams.”

Sun Sep 12 , 2021
Amanda Murray, creative consultant| @londongirlinnyc | Christopher John Rogers top, Dries Van Noten cargos, Acne Studios sandals. Photo: Liisa Jokinen Coming off of three seasons of no IRL shows because of the pandemic, NYFW is back, in person and in full swing, for spring/summer 2022. After a year and a […] 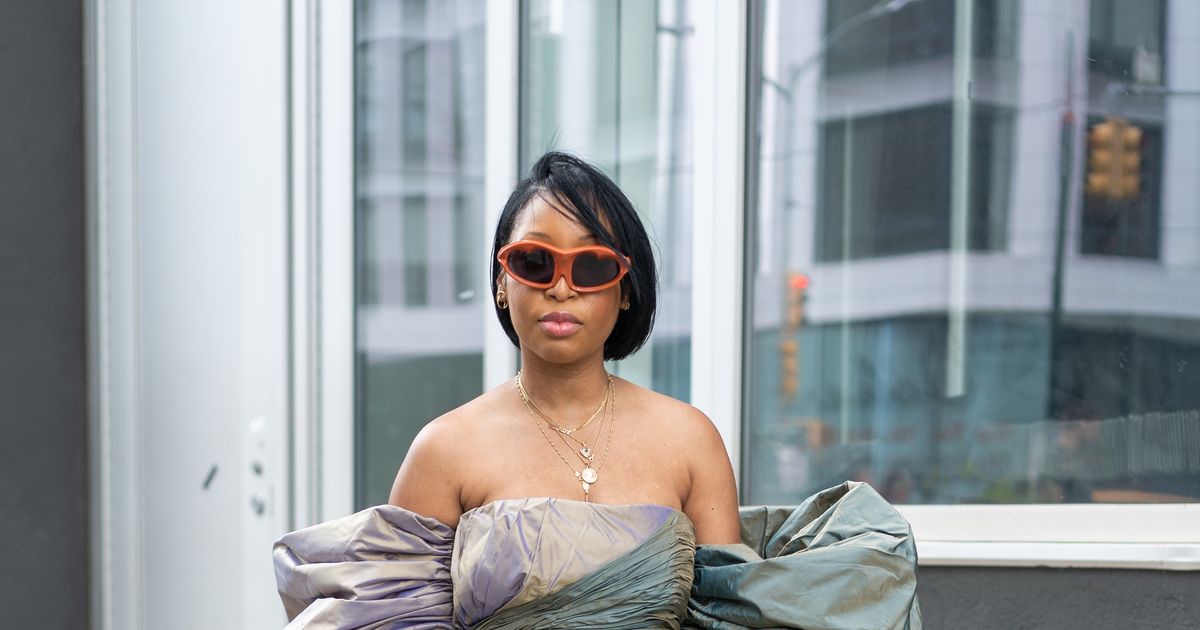