For decades, women have been charged more for hairdressing and beauty services as well as products like fragrances, clothing, and skin care. As inflation and the cost of living surge, the price discrepancy between items marketed toward women and men is impacting consumers more than ever before.

“I have my favorite beauty products, and even with rising prices and the high cost of living, I tend to stick with my favorites, whether high-end or drugstore-priced,” says Los Angeles-based model Judith Ann Warren. “Instead of purchasing them on a regular basis, whenever I have a job that pays decently, I will purchase double what I’d normally buy. This way, I can count on having my favorites when money isn’t as plentiful.”

Warren’s thrifty approach is one of many that buyers of women-targeted products are now adopting as the pink tax, or gender-based pricing, continues to outpace wage growth. The practice has long compelled women to pay a premium for products, often in pink packaging, that are traditionally intended for them. As the economy continues its downturn, many women can no longer buy the same products.

“I still shop for clothing but only sale items,” Warren says. “I rarely pay full price these days. I can’t afford it. I have resumed my prior thrift store habits in order to cut back on spending, which not only saves me money but creates my own signature style.”

As retail intelligence agency EDITED reported last year, womens-wear prices in the U.K. have increased at almost double the rate of wages over the past five years. Menswear prices have also increased 25 percent, but women face a nearly 40 percent price hike for the same outfit today. Underwear, handbags, and jeans are all nearly double the price, as are women’s toiletries, including perfume and nail polish. Women’s branded jeans have risen around 25 percent, while unbranded jeans are nearly 80 percent more expensive than they were in 2017.

Before the pandemic, the rising cost of materials had already been pushing prices upward. Over the past three years, that’s been exacerbated by mass lockdowns, transportation woes, supply-chain issues, labor shortages, and the impact of the Ukraine War on fuel and food.

As far back as 2015, New York City’s Department of Consumer Affairs studied gender pricing. Its comparison of nearly 800 products delineated as male or female versions across more than 90 brands revealed that the women’s version of products cost more than men’s. It’s not just luxury items. On store shelves in the U.S., the U.K., and Australia, menstrual products are in short supply, and the cost of tampons and sanitary pads is increasing. While the U.K. and Australia abolished the tampon tax in the last three years, tampons are still taxed as a luxury item rather than as a health necessity in most U.S. states.

The growing gap between wage growth and surging prices creates a rift between low earners and those with secure, strong wages who can afford to buy luxury brands. In 2020, the U.S. Department of Agriculture’s report on food security in the United States indicated that American women disproportionately experience hunger and poverty compared to American men. In the United Kingdom, 2.9 million women earn a wage that is barely enough to survive.

Beauty and care products remained in high demand throughout the pandemic and continue today.”

It’s not only women living on the poverty line who are suffering. Women in full-time, professional roles are still at a disadvantage to white men in America. Women, despite wage gains in the early months of 2022, still earn 83 cents to the dollar of their male counterparts across most industries and occupations, according to the Institute for Women’s Policy Research. The wage gap was even greater for women of color. Compared to the median weekly earnings of white men in full-time roles, full-time working Hispanic women earned 58.4 percent, Black women earned 63.1 percent, and white women earned 79.6 percent.

In most industries, women earn 83 cents to the dollar compared to their male counterparts.

Melissa Gonzalez, CEO and founder of branding agency The Lionesque Group, further attributes price increases to demand and product design innovation. “Beauty and care products remained in high demand throughout the pandemic and continue today,” says Gonzalez, whose company works with major national retailers such as Nordstrom and Target. “This is driving price increases in addition to the investment we continue to see into sustainability initiatives, which are necessary but still haven’t seen enough evolution in the ecosystem to bring down costs.”

The majority of consumers in the U.S. consider sustainability when purchasing consumer products, with 63 percent rating it as important. Gonzalez says that retailers are taking more steps to reduce the impact of inflation on consumers. “Beauty brands are trying to combat the price rises in order to alleviate the burden on consumers,” she notes, “whether it’s opting for an ingredient produced locally over an imported one, shifting packaging to a local manufacturer, or selling directly to consumers online rather than in store.”

How can you personally fight the pink tax? Seek alternatives wherever possible. For instance, buy gender-neutral or the men’s versions of clothing and beauty products like razors, facial cleansers, and moisturizers instead of more expensive women’s varieties. Rather than purchase tampons, consider more cost-effective options such as period underwear, menstrual cups, or reusable cloth pads.

And be sure to call it out, just as the Twitter account @PayGapApp does. Supporting anti-pink tax legislation and asking companies to justify gender-discriminatory pricing, and not supporting them, are the most powerful tools in stopping this business practice.

Cat Woods is a Melbourne, Australia-based freelance writer and yoga and Pilates instructor who has contributed to The Sydney Morning Herald, Marie Claire, and The New York Times. Follow her on Twitter @catty_tweeter.

This content is created and maintained by a third party, and imported onto this page to help users provide their email addresses. You may be able to find more information about this and similar content at piano.io

Youth to the People Launched the Polypeptide-121 Future Cream

Tue Jul 19 , 2022
If you purchase an independently reviewed product or service through a link on our website, STYLECASTER may receive an affiliate commission. Youth to the People has done it again: The brand added a skincare formula to its line-up that instantly swept reviewers off their feet. Considered a multi-tasker, the Polypeptide-121 […] 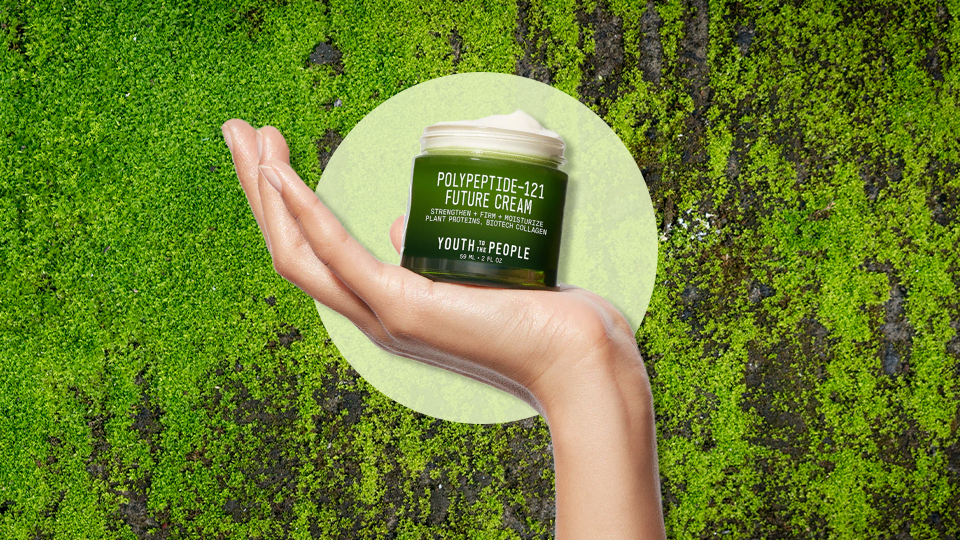