The Grammys are normally an event where fashion rules don’t apply. Music’s biggest night boasts a red carpet parade of risque dresses, tongue-in-cheek outfits, and attempts to go viral. The outlandish spirit of the event makes for a lively pre-show, but 2022’s guests seemed eager to defy expectations. The stars who descended on Las Vegas’s iconic MGM Grand casino embraced the kind of glamour that wouldn’t have been out of place during the Rat Pack era. Lady Gaga led the pack by arriving in full chanteuse mode, dressed in a black and white Armani Privé gown with a full train and piles of Tiffany & Co. diamonds.

In keeping with the Vegas theme, glitz was in. St. Vincent went full showgirl in Alessandro Michele’s bell-sleeved feathered Gucci gown, while Tiffany Haddish had a diva moment in a golden Prada sequined dress that wrapped up with a giant bow. References to classic runway collections were trending, with Snoh Aalegra and Dua Lipa offering dual takes on the Atelier Versace muse. The newly blonde Lipa channeled Gianni Versace’s fall 1992 lineup with her corsetry and dominatrix-worthy leather straps, while Aalegra’s silver column gown featured the chainmail material that has been a house staple since 1982.

Those who didn’t reference the past unearthed it. SZA gave the fashion nerds at home a thrill by bringing back the closing look of Jean Paul Gaultier’s bucolic spring 2006 collection. The corseted tulle piece brimming with silk flowers, the piece brought the carpet to a close with as much fanfare as had nearly 20 years earlier.

Tue Apr 5 , 2022
A number of retail giants announced they would pause sales and close stores in Russia in the week after the invasion on February 24, including H&M Group, Disney, and IKEA. People stand in front of a closed H&M store in Moscow, Russia in early March. Vlad Karkov/SOPA Images/LightRocket via Getty […] 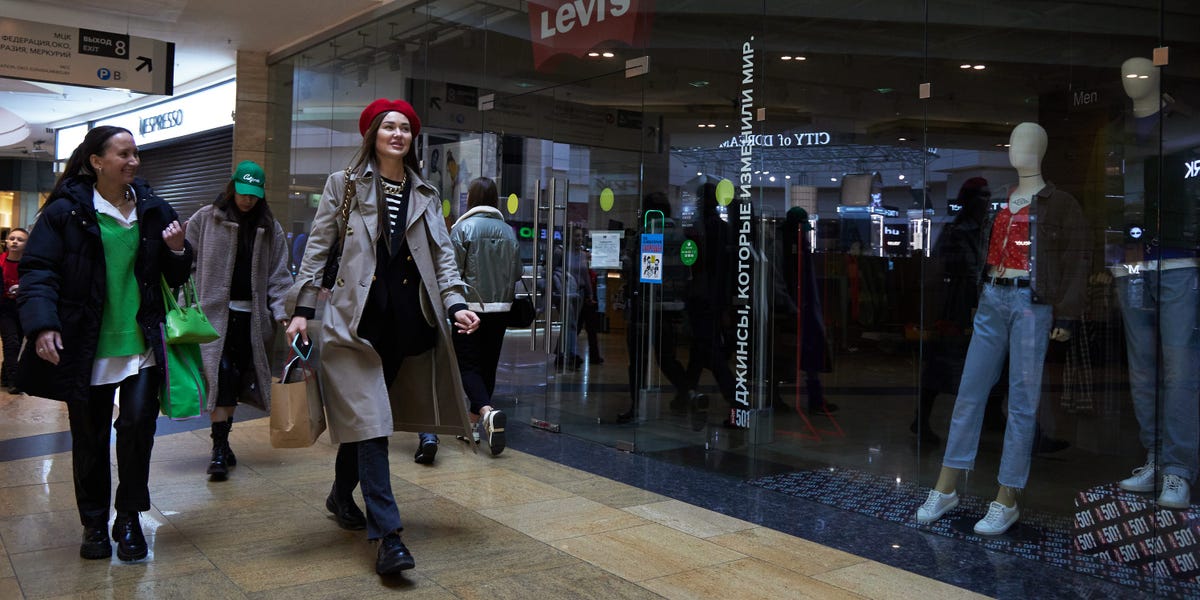