They may not be the warmest months, but February and March aren’t the worst time of the year to be a Black woman, as our incredible histories are celebrated not once, but twice. As Black History Month transitioned to Women’s History Month this week, Sephora delivered its own homage to Black female glamour, legacy, and ingenuity with its first-ever documentary, The Beauty of Blackness.

Directed by Tiffany Johnson and Kiana Moore, produced by Sephora in partnership with Vox Media’s Epic Digital and Vox Creative and acquired by HBO Max, the “first-of-its-kind documentary … chronicles the rise, fall and rebirth of the iconic, female-founded Black beauty brand Fashion Fair,” according to a release to theGrio. Founded in 1973 by Johnson Publishing Co. (publisher of Ebony and Jet) matriarch Eunice Johnson, Fashion Fair was a breakthrough brand for Black women and the beauty industry alike, cornering the market decades before Fenty Beauty further disrupted the industry with 40 shades of foundation. Sadly, that triumph coincided with Fashion Fair’s decline, which began after Johnson’s death in 2010 and continued until Johnson Publishing declared bankruptcy in 2019. But two of Ebony’s former execs were taking notice.

Having already purchased and rebranded drugstore brand BLK/OPL (formerly Black Opal), former Obama White House Social Secretary Desirée Rogers and longtime friend and colleague Cheryl Mayberry McKissack put in their bid for Fashion Fair when they learned it was up for auction—and won. Partnering with Sephora, the brand made its official return to the upscale beauty market in 2021 with a new look and vegan, cruelty-free formulations paired with a curated selection of its most beloved products and shades, developed with renowned dermatologist Dr. Caroline Robinson and celebrity makeup artist Sam Fine. It’s a remarkable comeback story, told beautifully in The Beauty of Blackness.

Reflecting Sephora’s continued commitment to elevating Black beauty and supporting the growth of Black-owned brands, “The Beauty of Blackness” turns the spotlight on Fashion Fair co-owners Desirée Rogers and Cheryl Mayberry McKissack, as they partner with Sephora to bring the brand to a new generation of beauty consumers in a new cultural context.

Shining a light on the inequities often experienced by people of color in the beauty industry, the film also features interviews with beauty editors Julee Wilson and Kayla Greaves, as well as renowned experts, models, celebrity makeup artists, and other prominent figures—including Kelly Rowland (singer-songwriter, actress, and star of Destiny’s Child)—who have witnessed firsthand the evolution of the category and share more on what the Fashion Fair brand has meant to them personally.

The documentary is available to stream now on HBO Max, but with weeks left to go in Women’s History Month, here are 9 other docs to watch in celebration of the history of Black women.

This acclaimed documentary on Pulitzer and Nobel Prize-winning author Toni Morrison debuted just months before her death in 2019. Directed by Timothy Greenfield-Sanders, his chronicle of her life and career simultaneously serves as firsthand account, posthumous tribute and a testament to the power of the writer and scholar’s unique genius, unapologetically Black and feminist viewpoint, and consistently Black-centered narratives. As her literary works are once again under threat of censorship, The Pieces I Am—which also features Oprah, Angela Davis, and Sonia Sanchez, among others—is an excellent reminder of why Morrison’s work has earned its place in the American literary canon.

It’s been a half-century since then-New York State Representative Shirley Chisholm made her bid for the presidency of the United States, the first woman and African American to do so. Blocked from debating her opponents on the national stage, winning the Democratic nomination was an impossibility, but in addition to co-founding the National Women’s Political Caucus, Chisholm became the first Black woman and only the second woman to serve on the House Rules Committee. A biopic on the firebrand starring and produced by Regina King is forthcoming within the next year, but this 2010 documentary by Shola Lynch highlights Chisholm’s historic real-life run for the White House. Misty Copeland has both enchanted audiences and broken barriers as the first Black female principal dancer of the esteemed American Ballet Theatre. Debuting in 2015, the same year Copeland earned that prestigious achievement, this Nelson George-directed doc retraces the ballerina’s origin story and unlikely ascension to the heights of the dance world, as well as exploring the impact she has had on both the ballet industry and aspiring young Black dancers. This debut documentary from Shantrelle P. Lewis explores “the complex, and often times humorous, relationship between mothers and daughters,” according to its YouTube page. Featuring interviews with #MeToo​ founder Tarana Burke, scholar and bestselling author Dr. Brittney Cooper and more, In Our Mothers’ Gardens “pays homage to Black maternal ancestors while examining the immediate and critical importance of self-care, and the healing tools necessary for Black communities to thrive.”

Framed around Malcolm X’s famous 1962 assertion that Black women are the most unprotected, neglected and disrespected demographic in the United States, this Bahá’í-inspired, 2021 documentary from director Oge Egbuonu is a “love letter to, from and about Black women.” As stated by its YouTube page, it was created as a collective testimonial “shattering the too-often invisible [othering] of Black women in America and [reclaiming] the true narrative as told in their own words.”

Directed and produced by Renae Bluitt, creator of the blog In Her Shoes, She Did That. puts us in the shoes of several of the country’s most dynamic and successful Black women, including beauty pioneer Lisa Price (Carol’s Daughter), Melissa Butler (The Lip Bar), blogger and bestselling author Luvvie Ajayi and actress Ashley Blaine Featherson (Dear White People). Ripe with inspiring tales of risk, reward and rejection—from gatekeepers and of naysayers—this doc gives better understanding why Black women are the fastest growing demographic of entrepreneurs in the United States. 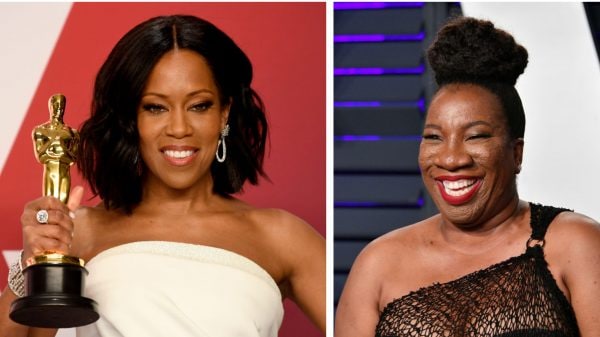 As a long unsung hero of the Stonewall uprising in 1969, Marsha P. Johnson has only recently gotten her flowers as “the Rosa Parks of the LGBTQ movement.” But Johnson’s heroism—which included founding Transvestites Action Revolutionaries with fellow trans pioneer Sylvia Rivera—ended tragically when her body was found in New York’s Hudson River in 1992, a mysterious death dismissed as a suicide by local police. Walking in Johnson’s stead, trans activist Victoria Cruz seeks to unravel Johnson’s legacy and tragic death in this David France-directed 2017 documentary. In life, Nina Simone was an enigma; a piano virtuoso and evocative singer-songwriter whose catalog included haunting ballads, swinging hits and seminal songs of resistance alike. The story behind the artist was equally complex, as Simone experienced early, raced-based rejection from institutions that would foster her undeniable talent as a piano virtuoso only to rise to the top of the international jazz scene—at great cost to her personal life and mental health. In this 2015 documentary from Liz Garbus, never-before-heard recordings, rare archival footage and Simone’s own writings paint a fuller picture of this brilliant artist.

This award-winning 2021 documentary by John Brooks seeks to answer the question of “what it means to be a Black Woman in the USA, today,” as explained by its YouTube page, where the film can be viewed in full. Asked the same series of pointed, provocative, and, at times, painful questions, Brooks’ subjects speak on what it’s like to move through the world Black and female, defining their experiences of intersectionality on their own terms.

Maiysha Kai is Lifestyle Editor of theGrio, covering all things Black and beautiful. Her work is informed by two decades’ experience in fashion and entertainment, a love of great books and aesthetics, and the indomitable brilliance of Black culture. She is also a Grammy-nominated singer-songwriter and editor of the YA anthology Body (Words of Change series).

6 current fashion trends to spruce up your style in 2022

Sun Mar 6 , 2022
The world of fashion is always changing, hopping from one style to the next in days or weeks. With so many micro trends floating around the internet, it can be hard to know what new pieces and accessories you should incorporate into your wardrobe. Whether you are an avid trend-watcher […]