Celebrities including Lady Gaga, “Squid Game” star Jung Ho-yeon, and Jared Leto arrived on the silver carpet at the 28th Annual Screen Actors Guild Awards, dressed to the nines. The show, which is being held this year at the Barker Hangar in Los Angeles, kicked off the awards season in style as actors posed in vivid jewel tones, sparkles and metallics.

The SAG awards is one of the few awards ceremonies where both film and television performances are recognized on the same night, and uniquely only the achievements of actors, voted on by their peers, are spotlighted.

Lady Gaga, who is nominated for her turn on “House of Gucci,” stepped out in a sleek white gown and rose gold crystal bustier detail. The minimal yet striking look was completed with a dramatic floral diamond necklace and frosted silver eyeshadow. Kerry Washington (pictured above) embraced full-on Hollywood glamour in a voluminous yellow ballgown by Greek designer Celia Kritharioti, bringing a welcome splash of color to the ceremony.

In another standout look, “The Great” actor Elle Fanning put her best fashion foot forward in a sheer nude shirt, satin waistcoat and pale pink bowtie. Paired with sparkling pinstriped trousers, her Gucci outfit was finished with a delicate pink jewel which dangled below her bowtie.

Menswear-inspired outfits were a popular choice for women on the red carpet and “The Great” star Elle Fanning followed suit, wearing a sheer top, sparkling pinstriped trousers and a silk waistcoat and bowtie. Credit: Dimitrios Kambouris/Getty Images for WarnerMedia

The men of the carpet also turned out fashionable looks, with many casting the more typical black suits to the side for the occasion. Patterned looks from stars such as Daveed Diggs made a major statement, while others turned to color: Oscar Isaac combined mauve and chocolate and “House of Gucci” star Jared Leto stepped out in a powder blue three-piece suit. Always one for fashion risks, Leto swapped a standard tie for an oversized burgundy velvet ribbon and finished off the look with sharp white pointed shoes.

The actors of “Squid Game” took the crown for best dressed ensemble, with newly-minted fashion darlings Jung and Lee Jung-jae winning for best Female Drama Actor and Male Drama Actor respectively. Jung, who was recently appointed a Louis Vuitton brand ambassador, turned to a black-fitted dress encrusted with delicate crystals while Lee suited up in a navy ensemble, featuring an oversized bowtie and black pointed lapels. Kim Joo-ryoung opted for a romantic ombre gown, while Anupam Tripathi was a million miles away from the show’s signature green tracksuits in a blue and white suit.

Scroll through the gallery above for some of the night’s best fashion.

Mon Feb 28 , 2022
When a holiday toy catalog from Amazon arrived in the mail in late October, Krista Hoffmann noticed something amiss. In 100 pages of Lego sets, princess castles, action figures and the impossible-to-find Sony PlayStation 5, the catalog presented just about everything — except the prices. “At first, I thought I […] 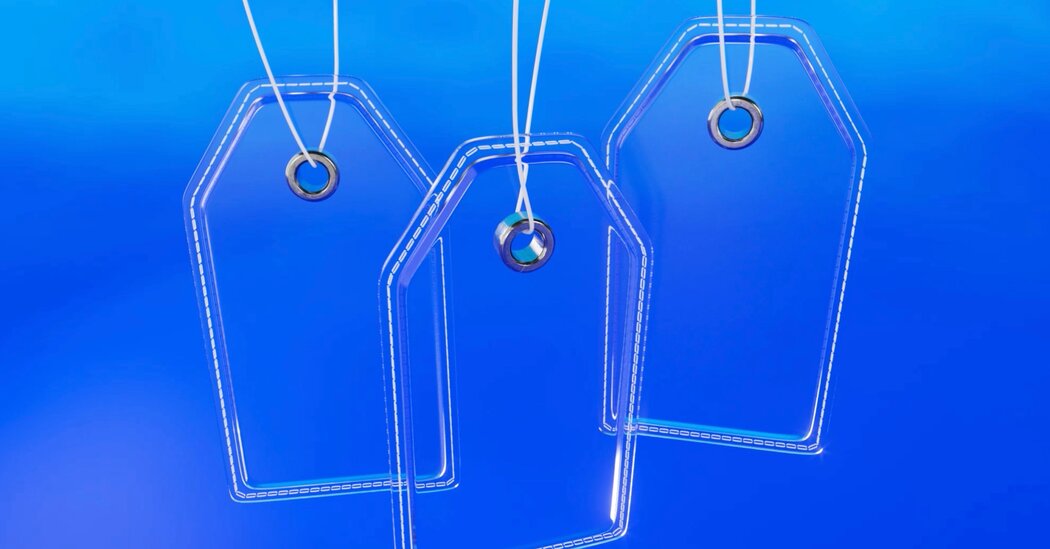