Retail sales fell 1.9 percent in December, the Commerce Department reported on Friday, reflecting a slowdown during an otherwise robust holiday shopping season that started earlier in the year for many consumers.

It was the first drop after four straight months of sales increases, though the gain in November slowed from October because of the lengthened holiday shopping season brought on by fears of product shortages and price increases. Total sales for October through December were up 17.1 percent from a year earlier, according to the report. December sales rose 16.9 percent from 2020.

Beth Ann Bovino, chief U.S. economist at S&P Global, said that although there was bound to be “headline shock” over a weaker number, the broader picture for retail sales had been strong over the past few months.

“This is not a sign of consumer weakness,” said Ms. Bovino, who had forecast a decline. “Given that households have relatively strong balance sheets with high savings levels and a strong job market with wages climbing higher, it seems that consumers are not necessarily closing their pocketbooks. They’re taking a brief pause.”

The retail sales report provides a data point on the mind-set of consumers after a report this week showed that inflation at the end of 2021 climbed to its highest level in 40 years. Prices have increased as new variants of the coronavirus have exacerbated supply chain issues and robust consumer demand for goods. At the same time, the Omicron wave has caused widespread staffing shortages and may have played a role in diverting some consumers from stores and holiday gatherings.

Ms. Bovino said that she did not believe inflation played a role in the overall sales decline but that concerns around higher prices were likely to show up in the first quarter of this year.

Economists at Morgan Stanley had forecast retail sales to rise 0.4 percent in December. Even though inflation topped the coronavirus as the No. 1 concern for consumers whom Morgan Stanley surveyed in November, that “came with no dent to spending plans,” the economists said in a note last week.

Instead, the holiday shopping season appeared to break records and lower-income consumers seemed to be operating with relatively better buying power, the economists wrote. At the same time, they anticipated that the Omicron wave drove more spending to goods rather than services.

The pandemic has continued to shape consumer habits in the United States.

Fewer people shopped in stores this holiday season, even though the Omicron variant did not become a prominent threat until December. Retail foot traffic in the United States between Nov. 21 and Jan. 1 was down 19.5 percent compared with 2019, according to Sensormatic Solutions. That was a slight improvement from the depths of the pandemic in 2020, when foot traffic in the same period was down 33.1 percent from 2019, but still a significant change.

As retailers grapple with inflation and supply chain issues, it has given an additional advantage to the biggest U.S. retailers. They had already benefited during the pandemic by being able to remain open while others closed, from the variety of goods that they carry and through initiatives like curbside delivery.

“We’re talking about the Walmarts and Targets and Costcos, the big players,” said Mickey Chadha, a retail analyst at Moody’s Investors Service. “They’ve leased their own ships, and they’re bringing in product. They have a lot more power with vendors to get priority. And they actually planned ahead as well.”

At the same time, Mr. Chadha said, they have not had to raise their prices as much as smaller retailers, and are likely to benefit as lower-income consumers search for value to stretch their dollars.

“They are taking market share because they have the ability to price lower and absorb that hit to the margin a lot better than some of the smaller, weaker retailers,” he said.

Costco, for example, said on a December earnings call that it believed it was successfully managing the effects of inflation through its relative purchasing power and its relationships with vendors. That often meant that Costco and its suppliers were each taking less in the way of price markups, Richard Galanti, the company’s chief financial officer, said on the call.

“We’ve always said we want to be the last to raise the price and the first to lower the price, recognizing there’s a limit to what you can do based on these cost increases,” Mr. Galanti said.

What is inflation? Inflation is a loss of purchasing power over time, meaning your dollar will not go as far tomorrow as it did today. It is typically expressed as the annual change in prices for everyday goods and services such as food, furniture, apparel, transportation costs and toys.

What causes inflation? It can be the result of rising consumer demand. But inflation can also rise and fall based on developments that have little to do with economic conditions, such as limited oil production and supply chain problems.

Is inflation bad? It depends on the circumstances. Fast price increases spell trouble, but moderate price gains could also lead to higher wages and job growth.

Costco also acknowledged that although it was grappling with unavoidable supply chain issues, including delayed container arrivals on the West Coast, it felt “pretty good about staying in stock.”

Plenty of other retailers have said supply chain issues cut into their revenue last year, as pandemic-related factory closures in Vietnam and shipping delays kept goods from American shelves and warehouses.

“Holiday was weaker than expected as units that were slated to arrive in December did not clear through the ports in the time frame we had anticipated,” Fran Horowitz, chief executive of Abercrombie & Fitch, said at a conference on Tuesday. “This was beyond our control and resulted in a miss of sales during the peak selling period. Beyond those delayed units, we also experienced renewed Covid-related restrictions globally.”

Still, some retail executives have said they would rather have a supply issue than a demand issue, particularly given the sharp ebbs and flows in consumer preferences in the past 18 months. And it is not yet apparent whether price increases are tamping down demand given the quarterly performance.

Mr. Chadha said retail sales were strong for 2021 overall, though he anticipated that the picture would change in 2022, as supply chain issues and higher prices became bigger factors.

Ms. Bovino of S&P said she expected more selective purchasing to take hold later this year as savings accounts begin to deplete and consumers “remember what prices used to look like.”

Wed Jan 19 , 2022
January often spurs a few “new year, new you” purchases for a wardrobe refresh, like new jeans, a great coat, or even an exquisite pair of boots. But one of the most exciting shopping categories to ensure fun and personalized looks aplenty is unquestionably jewels, putting the 2022 jewelry trends […] 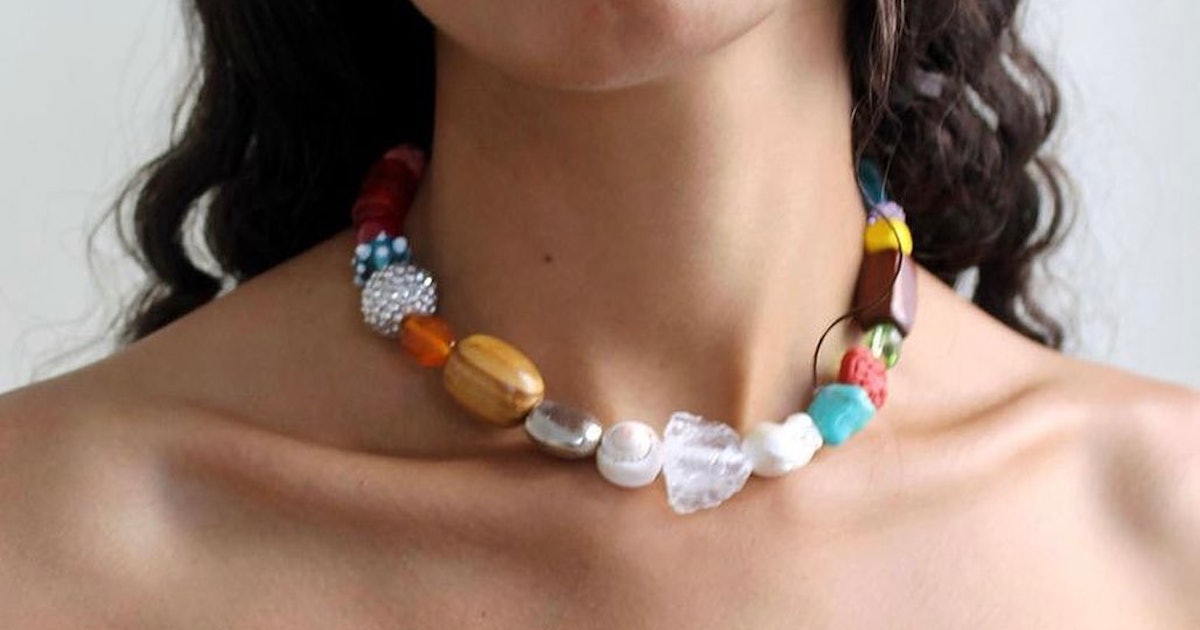