GENEVA — A diamond bracelet that once belonged to France’s Marie Antoinette and a sapphire-and-diamond brooch with matching ear clips that once dangled from a Russian grand duchess are among the featured items in auctions of jewelry and other collectibles next week in Geneva.

Also going under the hammer in the lakeside Swiss city will be a pair of high-top Nike sneakers from NBA star Kobe Bryant, the Los Angeles Lakers shooting guard who died in a helicopter crash in California last year.

The blue, white and gold Nike Air Zoom Huarache 2K4 basketball shoes are expected to fetch up to about $38,000 during a Nov. 11 sale at Sotheby’s. Bryant wore the sneakers in a March 17, 2004, victory over the L.A. Clippers, according to the auction house.

But as usual in the Geneva fall auction season, diamonds, emeralds, sapphires, rubies and other prized gems will be the highlights of next week’s sales at Sotheby’s and rival Christie’s.

Christie’s is putting up on Tuesday an eye-popping pair of heavy bracelets from the 18th century that are studded with three rows of small diamonds. The bracelets are billed as one of the last remaining vestiges of Marie Antoinette’s rich jewelry cabinet that are still available for sale.

The auction house said the famed royal and wife of King Louis XVI was known to have carefully wrapped her jewels in cotton herself, hoping to keep them outside revolutionary France – which ultimately took her life via the guillotine. The bracelets, commissioned around 1776, were kept within royal lineage for over 200 years, Christie’s said.

“Despite Marie Antoinette’s capture in the French Revolution and her unfortunate death in 1793, the bracelets survived and were passed on to her daughter, Madame Royale, and then the Duchess of Parma,” said Max Fawcett, head of Christie’s jewelry department, referring respectively to Marie-Therese of France, the couple’s daughter, and Princess Louise d’Artois, who died in 1864.

“To see them up for auction today is a unique opportunity for collectors around the world to own a piece of French royal history,” Fawcett said.

The pre-sale estimate for the bracelets is up to $4.38 million. They each weigh 3.42 ounces and include “old-cut” diamonds as well as silver and gold, Christie’s said.

Among the lots Sotheby’s plans to present on Wednesday is a pair of “perfectly matched” earrings, each set with 25.8-carat diamonds, that is expected to fetch up to $5.5 million.

It will also showcase a brooch with a 26.8-carat oval sapphire surrounded by diamonds, and matching ear clips that once belonged to Grand Duchess Maria Pavlovna and were whisked out of Russia during the country’s 1917 revolution. The trio is expected to garner as much as $525,800.

“She was the wife of Grand Duke Vladimir, the son of the tsar, and she was really passionate about jewelry. She had a fantastic collection of jewels,” said Olivier Wagner, the head of Sotheby’s Magnificent Jewels sales.

Fri Nov 5 , 2021
As we welcome winter, we also welcome dry skin. Though some may experience dull and cracked skin all year round (myself included), there hasn’t been a better time to invest in a new skincare routine. For one, you’ll have a regimented ritual set in place just before the new year. […] 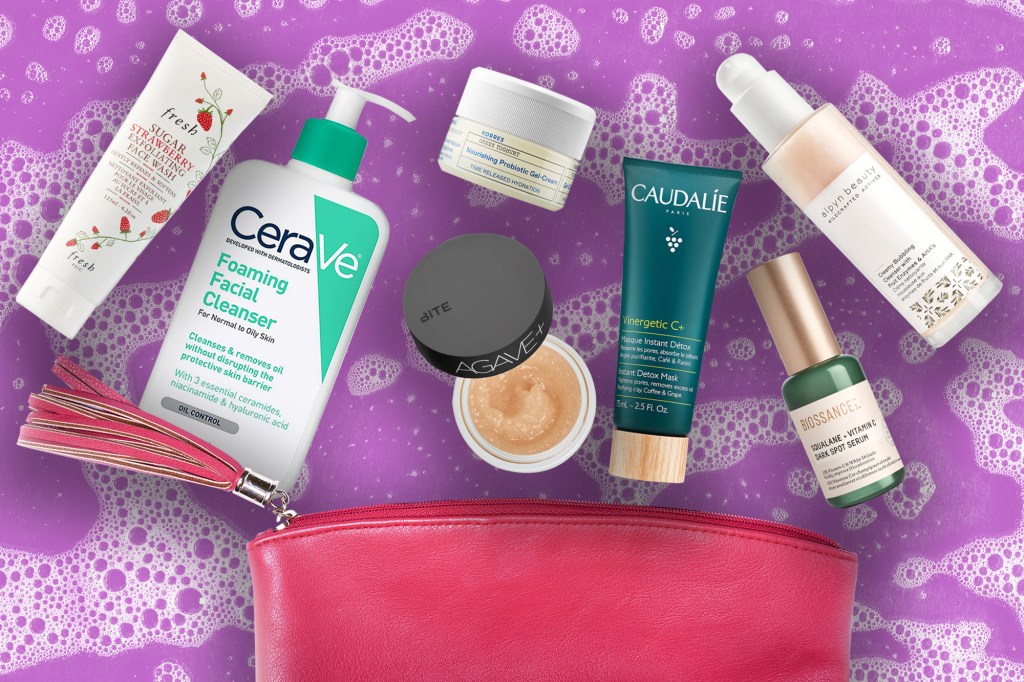