As personal as you think your maximalist, gorpcore, or normcore outfit may be, a trend forecaster probably predicted you’d wear it several years ago.

Trend forecasters use a balance of data and intuition to recognize specific micro- and macro-trends that happen within the fashion industry. They pinpoint how and why these trends appear and reappear, and use their knowledge to predict what will be hot when, up to years ahead of time.

In the pre-Internet era, the process was generally reserved for high fashion’s front-row forecasting elite, a group that would compose trend reports based on a particular collection’s prints, fabrics, and patterns. These reports would then be filtered from Fashion Weeks to editorial spreads before eventually coming to consumers on department store clothing racks up to two years later. Now, as TikTok becomes a more present and guiding resource in society, forecasters are increasingly turning to the app to predict where fashion is headed.

The process varies depending on the individual forecaster or agency, but fashion fortune-tellers provide valuable insight into all kinds of trends, be it the death of skinny jeans, the regal renaissance, or the adoption of outerwear into every errand and hike of life. Most major trends tend to be recycled every two decades, which makes it easier for forecasters to make their predictions. Today, though, TikTok’s whirlpool of ideas and content presents a new set of qualitative and quantitative challenges for forecasters.

Kendall Becker, a New York City-based trend forecaster and assistant fashion director, says the rise of TikTok as a forecasting tool means there’s a lot more content to filter out. “You have to be really smart now about spotting a micro-trend and an actual macro movement,” she tells Input. Micro-trends refer to trendy, one-off pieces that take over social media for a short time, while macro-trends are more evergreen concepts that last for multiple cycles. The green House of Sunny bodycon dress, a micro-trend, could be spotted everywhere on social media before it fizzled out after a few weeks. Meanwhile, elements of the early 2000s, such as bold prints and embellishments, have sustained multiple seasons over the past few years.

“You have to be really smart now about spotting a micro-trend and an actual macro movement.”

When making reports for department stores or content for her followers, Becker often relies more on her fashion history knowledge and library of past runway looks than social media. She says that, while someone in Brooklyn may be dabbling in a hot micro-trend, the style may not drive sales in a major retailer such as Nordstrom. Pinpointing a specific style, pattern, or silhouette on TikTok as an overarching and impactful trend in society is a difficult task for forecasters because of how fast trends are generated on the platform. But one of the biggest misconceptions about trend forecasting, Becker says, is the assumption that it’s solely item driven. In reality, the projections are often viewed through a more psychological perspective.

Although traditional forecasters still make reports for retailers, others are using their visibility on TikTok to skip the middleman and present their insights directly to the consumer. The Digi Fairy, a creative agency that focuses on youth and internet culture, offers a palatable breakdown of trends to more than 93,000 followers on TikTok and Instagram combined. Its TikTok feed has touched on a wide range of topics from the Twilight resurgence to “Whimsigoth.” Instead of specializing in trend forecasting for big business, the agency focuses on making connections between fashion and other cultural realms such as beauty, music, and film.

TikTok is becoming a platform that generates micro-trends faster than they can be forecasted and produced in retail (unless you’re an ultra-fast fashion company like Shein). Biz Sherbert, The Digi Fairy’s cultural editor and face of its TikToks, believes it’s more important to explain why trends occur than to market them as sellable products.

“Is there a cultural shift that builds into this that may not be so obvious just from looking at a small, niche, TikTok-based trend?” Sherbert says. “How can I make this make sense with an audience who may not be familiar with all the terms or different factors that go into a trend?”

Consumers are putting a greater emphasis on social media authenticity than in recent years through concepts like photodumps and filter-exposing content. A shift in consumers’ values and how they spend their money during the still ongoing pandemic has also affected the items and trends people are willing to invest in and why. The honesty and shift in values then allows forecasters to dig deeper into the psychology of a particular trend’s popularity.

One such investable macro-movement is the resurgence of romantic and feminine-driven items. Although grunge and punk of the ‘90s may have resurfaced through graphic T-shirts, Vivienne Westwood, and Dr. Martens galore, brands such as Mirror Palais and Lemaire have countered the rough edges by using lace, flowy silhouettes, and soft fabrics. “People are wanting to embrace their softness and femininity now,” Becker says. “They’re wanting to dress up again and feel sexy.”

“There are certain trends that were left in the past for a reason.”

Some resurfaced trends are striking a nerve, however, with people who have been psychologically harmed by the beauty standards associated with them. Low-waisted jeans, mini skirts, and thinly plucked eyebrows have made a comeback within the Y2K resurgence. But during their original peak, the garments were often associated with one razor-thin body type.

“I think there are certain trends that were left in the past for a reason,” Becker says. “And it is kind of unfortunate that right when something does really well on social media, all of a sudden it feels like a pressure to become this trend.”

Still, Sherbert says the younger generation’s intolerance for negative portrayals of body image prevents those harmful ideas from regaining the power they once had. “People have already reacted to that and [said], ‘Actually if you don’t fit this body type that was so idealized in the early 2000s, you can and should still wear these trends that come from that period,’” she says.

Even though TikTok users are having positive conversations about subcultures and their various sub-trends, forecasters often have to make judgment calls on what actually constitutes a larger macro-trend. Brands and retailers pose a challenge to the process when they increasingly tap into the app and use it as an opportunity to drive sales.

Although a product may be “trending,” attaching it to the phrase “TikTok viral” could be misleading. The phrase is often used to market a product that went viral organically on the app, such as the seldom restocked viral Dior lip oil. Brands with sponsorship budgets can also pay influencers to promote a product, make it go viral, and increase sales that way.

WGSN, one of the industry’s most extensive (and expensive) trend forecasting companies, provides more than 70,000 design templates to corporate retailers. Each template is updated regularly to reflect trend forecasts for future seasons. The database not only gives all of WGSN’s big-box clients access to the same information, it also adds to a mindless fashion factory mentality deprived of originality as multiple stores carry the same or similar pieces. But TikTok is still an untouched source of knowledge for many professionals and companies who think the app is just choreographed dances and dangerous challenges. In reality, TikTok is a valuable resource for the new era of forecasters who want to keep up-to-date on all the trends that sprout predominantly from Gen Z.

As for how long we’ll keep seeing Y2K butterfly tops and vintage-looking dad shoes, in Becker’s experience, wearability is the number one factor that decides how long a trend will stay. Some styles may be picked up by retailers down the road, but a piece needs to be wearable, make people feel good, and be an “easy buy” for it to truly make an impact. And if you’re part of the 71 percent of TikTok users whose purchases are influenced directly from the app, you might want to start checking the forecasts.

If You Shop at Walmart, Prepare for This Major Change to 28 Stores

Mon Jul 25 , 2022
When you walk into a Walmart store, you don’t really expect to be surprised. In fact, one of the main draws of the retailer is its consistency—as well as its reliably low prices—and shopping at Walmart pretty much guarantees that you can get everything you need in one fell swoop. […] 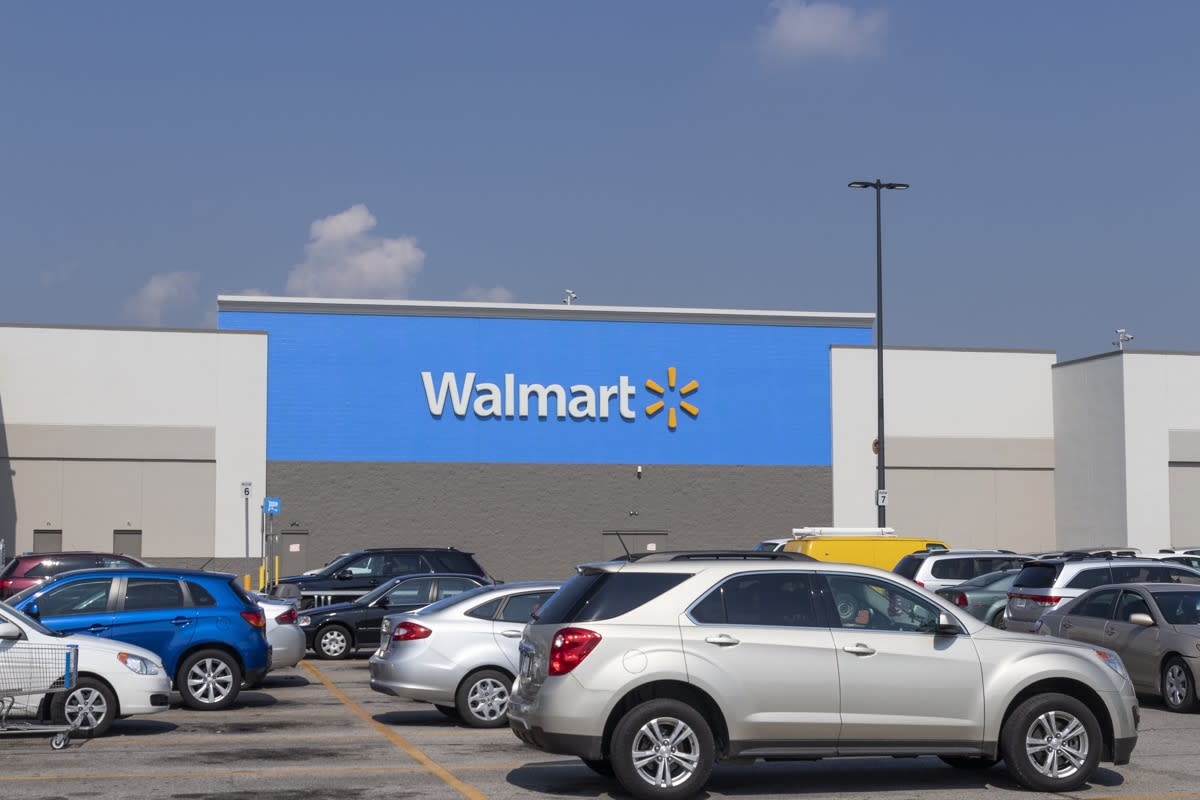