Supply chains everywhere have been hit by massive disruptions this year, from container shortages to floods and Covid infections setting off port closures.

The energy crises in mainland China and Europe are the latest to roil shipping.

Capital Economics noted that the number of ships waiting outside Chinese ports have jumped again in recent weeks, calling it “concerning.” According to the research firm, the 7-day average for the number of ships as of Sept. 30 was 206, compared with an average of 82 ships for 2019, before the pandemic.

Julian Evans-Pritchard, senior China economist at the research firm, said that power rationing along the supply chain could be interfering with ports’ ability to ship orders.

Factory shutdowns in Vietnam, where many firms moved manufacturing to amid the U.S.-China trade dispute, have also affected the production of many goods.

Here’s a look at how recent developments have once again snarled shipping and what types of goods are affected in the leadup to the year-end holiday shopping season.

Energy crises in China and Europe

Factories in China and Europe have temporarily shuttered or at least reduced output because of the energy crisis. More than 60 companies in China have suffered power-related disruptions so far, and the list is likely to grow, says Jena Santoro of Everstream Analytics.

The biggest impact will be felt by consumers in the form of higher prices as inflated energy prices will cascade into increased manufacturing costs, said Dawn Tiura, president of the Sourcing Industry Group.

What goods are being hit:

Rising energy prices in Europe will have a “serious cascading effect” on the region’s food supply chains, says Tiura.

“Major fertilizer plants were forced to curtail output because of the rising costs, and now farmers can’t produce enough food as a result,” she explained.

The pressure on fertilizer will also lead to a shortage of one “very interesting by-product” – carbon dioxide – which is used in a wide range of consumer products, says Per Hong, senior partner at consulting firm Kearney.

“With curtailed fertilizer production, we almost certainly will be faced with a global shortage of CO2 that is used widely. CO2 is used extensively in the food value chain from inside packaged food to keep it fresher longer, for dry ice to keep frozen food cold during delivery, to giving carbonated beverages (like soda and beer) their bubbles,” he said.

That points to the vulnerability of global food supply chains, Hong said.

Several major Apple suppliers have suspended operations at their factories in China, according to Hong. In fact, the entire electronics industry — already reeling from the big chip shortage — is likely to suffer, he said.

“While likely to normalize in the longer term, in the immediate near term these power restrictions and production cuts in China we are observing are likely to lead to export price hikes, worsening inflation into the holiday season,” Hong said, adding that goods such as toys and textiles are also likely to be affected.

Companies are warning there will be huge demand for Christmas decorations.

“People hoping to buy a holiday tree and other decorations this holiday season better do so before Thanksgiving or risk paying through the nose or not having anything at all,” said Chris Butler, CEO of the National Tree Company, who said this was due to supply chain disruptions in China.

Other sectors that would feel the biggest and most immediate impact from the crises include metals, chemicals and cement – all of which are energy intensive, said Pawan Joshi, executive vice president of supply chain software firm E2open.

The situation in Vietnam appears to be especially significant, as many companies moved their manufacturing there from China, amid the U.S.-China trade war.

Companies with significant exposure to Vietnam include Nike (43%), Lululemon (33%) and Under Armour (40%), financial services firm BTIG said in a September note.

What goods are being hit:

Shutdowns in Vietnam have led to a production loss of around 100 million to 150 million pairs of sports shoes, according to Bank of America estimates published in a note last week.

BTIG noted footwear is being hit harder by the Vietnam shutdowns than sports apparel.

Meanwhile, Lululemon CEO Calvin McDonald said in an earnings call last month that the Vietnam closures and port-related issues are contributing to disruptions within supply chains, and increased costs.

Bank of America said in a recent note that supply bottlenecks will persist for some time, even as Malaysia starts to reopen.

Disruptions to chip supply from Malaysia are also holding back car production in China, according to Capital Economics.

Apart from sportswear, other industries which rely heavily on manufacturing in Vietnam include toys, clothes and even coffee, say analysts.

Shortages of goods and price hikes are likely to get worse as winter approaches, says Santoro of Everstream Analytics.

“As demand for gas naturally increases during the winter season, shortages are likely to intensify,” Santoro said. “Entering the season with low inventory levels and heightened demand also enables surging prices to continue an upward trajectory.”

Fri Oct 15 , 2021
Ready for a fresh batch of jewelry staples? As we settle into the last quarter of 2021, it’s only natural that we sit down to discuss the upcoming styles that will dominate for the season ahead and into next year. Even though jewelry items tend to have a much longer […] 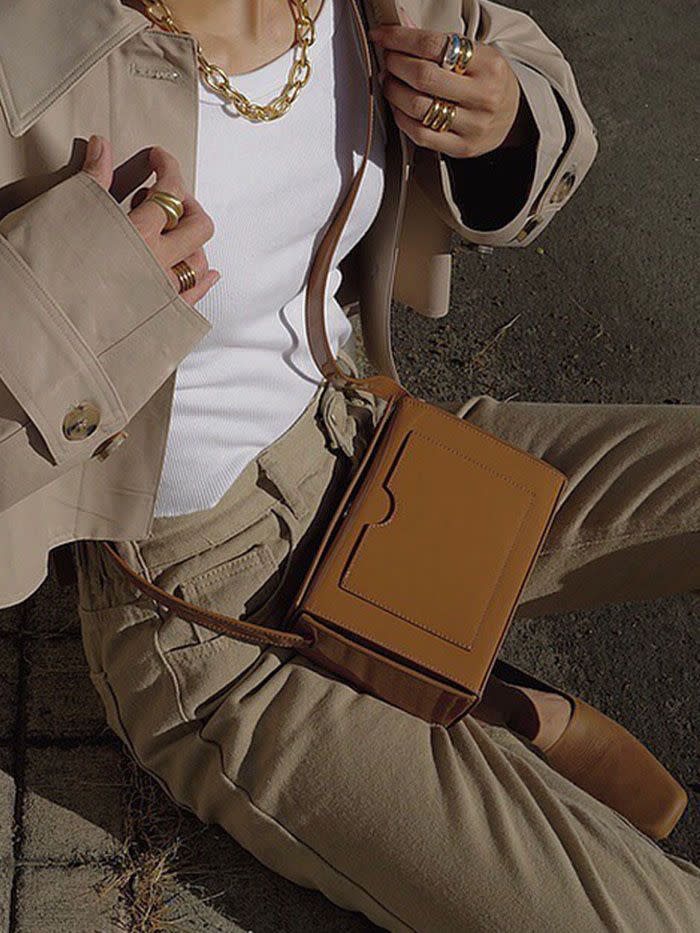