Shocking video shows a smash-and-grab gang using hammers to take over a California shopping center — allegedly swiping around $100,000 of jewelry after threatening customers and staff.

The footage shows the gang of nine suddenly swarming La Placita Tropicana shopping center in San Jose with the hammers already in their hands.

Customers and staff were terrified as the gang screamed at them to “Get on the ground!,” one of the owners told the Mercury News.

The footage from Jan. 3 shows the gang spreading out and smashing glass displays while others run around throwing jewelry into bags — completely ignoring a female staffer who runs out and appears to try to stop them.

They suddenly flee, chased by staffers carrying two of the dropped hammers — just 30 seconds after they’d first stormed inside.

Even so, they were able to snatch at least $60,000 in jewelry — possibly more than $100,000 — from the smashed displays belonging to three neighboring stores, the store owners told the Mercury News.

The spree — the latest in a smash-and-grab trend plaguing the Golden State — was carried out even as staff at the center were on high alert after an attempt just a week earlier.

“We were expecting something to happen,” said Credit Jewelers owner Jesus Orozco, who estimated his company lost as much as $100,000.

He told the local paper how the gang seemed to be the same ones who were thwarted last week when a security guard spotted them and locked the doors before they were able to swarm inside.

“All the jewelers were on edge here,” Orozco told the paper.

Rocio Gomez, owner of Joyeria Guerrero, said her employees started screaming when they heard the men shout, “Get on the ground!” She estimates she lost around $10,000 worth of jewelry.

The San Jose Police Department expressed alarm at the increased threat level compared to the smash-and-grab raids that sparked panic across the state late last year.

“These individuals actually forced their way into the store. And by saying takeover robbery, they demanded everybody to get on the ground. They forced people who were present, including staff members, to do their will,” he said.

“And in doing so, they were able to take over, break the glass, take away the stuff that they wanted to take.”

There had been no arrests as of Monday night, the local reports said.

Other California raids have seen up to 90 people storming stores at once. Police chiefs have blamed progressive bail reforms for emboldening the criminals.

Why you don’t need to use a bunch of skin care products.

Thu Jan 13 , 2022
My skin wants for nothing. It is lavished daily with all the buzziest beauty ingredients: ceramides and peptides, antioxidants and antimicrobials. Exfoliating enzymes, epidermal growth factor, stem cells, and squalene oil. Pre-, pro-, and post-biotics, plus a pore-clearing cleanser that balances my pH level. Collagen, of course, and hydrating humectants: […] 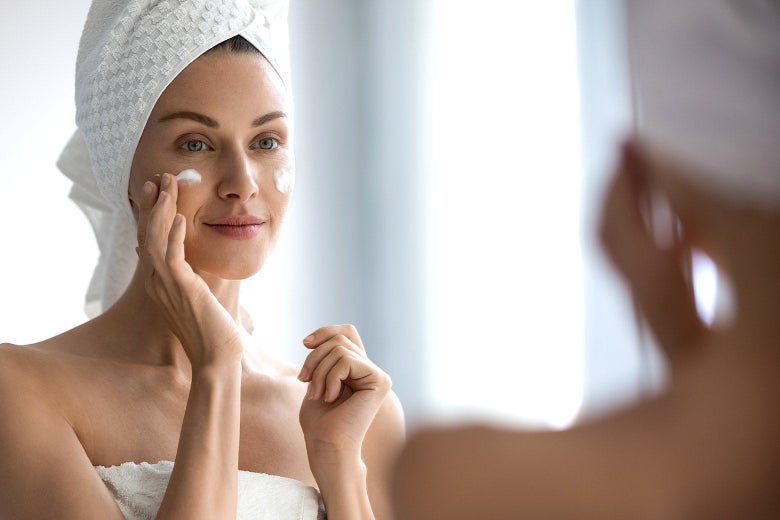