The Beauty Standard has come a long way for Black women in my lifetime. When I was a girl, the epitome of Beauty was Princess Diana: blonde and blue-eyed. I had an Afro, so I believed I would never snatch the Crown, bag the prince and live the happily-ever-after life we all thought she was having.

Nobody in New Zealand had seen a real-life afro in 3D. In fact, we were the only Black people most people had seen. It was so rare to see someone that looked like you, that whenever we saw a Black person we would run at them, practically bowling them over, like an All Black Scrum. Mum would then address them as “Brother” or “Sister”. To this day I claim all Black people as mine. My white friends find it strange how we all say hello to each other on the street. It is solidarity, it is “I see you,” because often we don’t see people like us, we feel invisible.

But I was lucky in many ways, being invisible and being so far away from America. I wasn’t a target, but on the flipside I felt so isolated and alone. All I dreamed of was running away to Harlem, New York where beautiful Black people were in Abundance. Most of all, to go to the Apollo Theatre Amateur Night and see my Brothers and Sisters sing on stage. The same stage where all the greats were discovered: Ella Fitzgerald, Aretha Franklin, Lauryn Hill.

There were many privileges I had being one of the only Black people – it was easy to get on TV shows and in films, even to do some modelling. However, my agent who “discovered” me told me I would have to lose weight to do runway as I was a size 8 at 15. I told her in no uncertain terms: Bye Felicia.

I was cast as Melina, the warring Amazon, shooting bows and arrows and pushing the Amazon Queen to go to war against men in Young Hercules starring Ryan Gosling. Nobody in New Zealand knew who he was back then, because there was no Google.

When I was at university, I shaved it all off. I was tired of my Afro. It wasn’t the fact that people compared it to Sheeps Wool, or repulsed when I had Locs, it was the fact that it took so much time every day. Ain’t nobody got time for that. Life is high maintenance enough.

The day I shaved it, I felt so free – and isn’t Freedom what we all want ultimately? It was my ultimate. I have kept it short ever since, and people still ask me why. When the beauty ideal is to have long flowing hair, Black women in mainstream media usually don’t show their Natural Hair. It is a wig, a weave or extensions. If it is their real hair it has been chemically straightened, or fried with a hot comb. Gurl, no, I shave it. But I don’t judge them for their choices. How would it have been if Michelle Obama had rocked her natural hair at the White House? Or Oprah? Or Beyonce? The fact is their life would have been made harder one way or another. It’s about their freedom to choose.

One of the greatest benefits of my shaved head, has been protection. It has kept so many men away. Not all men, but most found it unattractive, and that suited me fine. I didn’t fit the fantasy profile. I was GI two. Nobody wanted to mess with the shaved head Black woman.

Of course, Grace Jones shaved her head long before I did, and I thank her for that. I caught glimpses of her growing up, and I saw what my mother had told me all along: Black is beautiful. But it made her transcend her Blackness and just become timeless, ageless, futuristic. It also creates androgyny, which is as challenging as it is iconic. When I met her, I found someone so comfortable in her skin, it made everyone else look awkward. 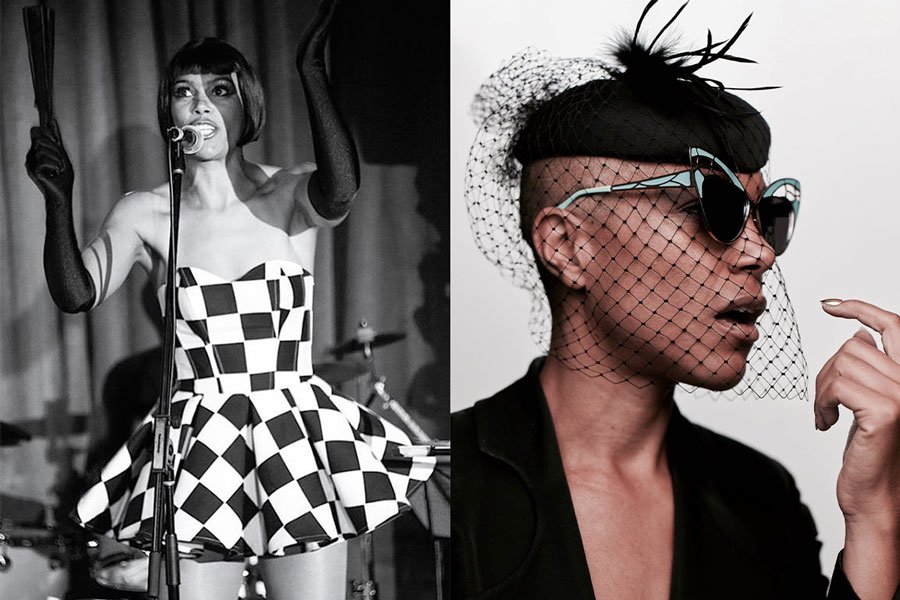 When I worked in Shanghai as a singer, I would overhear people say: “她是男人还是女人?” to which I would respond with “Wo Shi naren” (I am female.) They were completely baffled as to why a woman would choose to cut her hair off. They would say things like “Your eyes so beautiful, but your hair – so ugly!” At least they were straight up about it.
When I finally visited New York for my 25th Birthday, I was met with a similar bewilderment when I went to the barbershop and asked for a Fade. This was a male domain.

But things are slowly changing, Alek Wek, Lupita Nyong’o, and of course Wakanda Forever, were all moments that I finally felt seen. Now it’s mainstream to a point. Even before BLM, the natural Hair movement which was birthed in the 60’s was gaining traction globally. In early 2019, the CROWN Act was passed in the States. It stands for Creating a Respectful and Open World for Natural Hair Act. Yes Queen. Because Black hair is still greatly misunderstood and discriminated against in its natural state.

The beauty ideal is changing, creating a whole new set of unobtainable ideals for another demographic. Now my hair is fashionable, as are Black people. We are in every High Fashion campaign, every ad. My new agent is constantly getting castings for me. We are hot property post-BLM as the corporate machine strives for wokity-woke optics to boost their brand. Just like Mardi Gras. But pay me your diversity dollars, if it makes you feel better. No really, I want to help, it’s fine. Because who knows if the pendulum will swing the other way, and the work dries up, and we are sitting on the sidelines again.

For a lot of my shows I rock Wigs, like most female entertainers do: like fellow Caribbean queen Rihanna does, Cardi B or even the goddess Dolly P. When someone asked Dolly Parton how long it takes to do her hair she answered: “I don’t know, it’s not mine.” Wigs are great, I implore you – kind reader who has somehow made it to the end of my think piece – to add some to your autumn wardrobe. Switch it up. Be playful. Get out of your comfort zone. I dare you, Sis.

I have even made a performance art piece about my hair. The first time I performed it at the Imperial Erskineville was during the gap in Covid lockdown when AussieWood was blowing up. I sing Liza Minelli’s song Mein Herr from Cabaret (Moira from Schitts Creek sung it as an ingenue) and at the same time, I shave someone from the audience’s hair. I was halfway through when I looked up and saw Tessa Thompson and Rita Ora’s faces. They looked horrified. Taika knows me from Wellington days, so he got it and was having a laugh. By the end of the act, I usually throw off the wig I am wearing as a finale, and I always feel a sense of freedom as the cool air hits by head.

But what actually is freedom? Freedom, in the words of Nina Simone, is no fear. And I have always had that privilege of living without fear, as a Black Woman in the Antipodes. I am not a BlaK woman, AKA Indigenous to this land, and therefore I don’t have the relentless prejudice those Sisters have on their backs. And I didn’t grow up in the States with guns or police brutality. I didn’t even have to worry about snakes and Australia’s scary wildlife, or the fear that my children face of Climate Change. I just felt free.

Sheba Williams is an Afro-Caribbean New Zealander based in Sydney. She is a singer, MC and the creator of Soul Activations and is the mother of twins. You can follow her on Instagram @shebaswho.

Imagery: Portraits shot by Amelia Handscomb in Wellington and performance images taken at the Oxford Hotel in Sydney.

Sat Apr 2 , 2022
The problem: Although styles change quickly, a piece of once-trendy clothing sticks around for generations. “We’ve developed these amazing fabrics that allow us to swim in the deep sea and go into space,” said Drogoul. “They are synthetics and they’re petroleum based and they simply do not rot in landfills.” […] 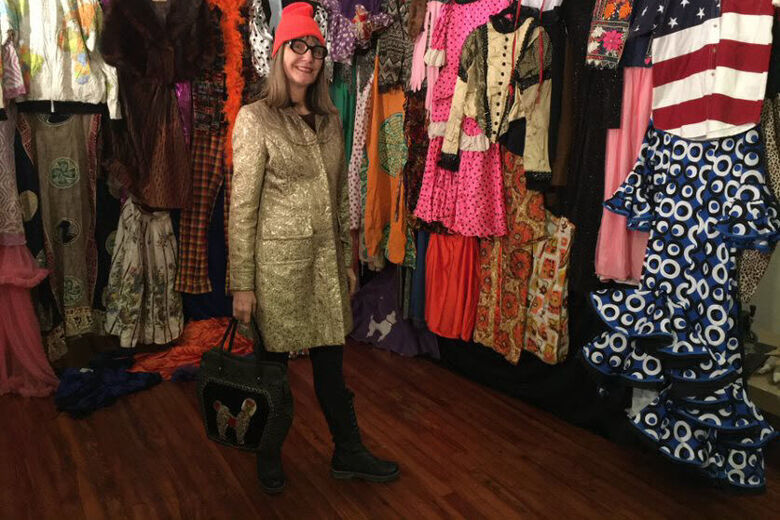