There is probably no bigger “what should I wear?” moment for an artist than their first time headlining the iconic Madison Square Garden in New York. But luckily for the singer Burna Boy, who sold out the stadium last night, he has his younger sister Ronami Ogulu, the stylist and creative director who helps him put it all together, by his side.

Burna has become famous for rock star swag—bright colors, Cartier sunglasses, big jewelry—and he’s typically intuitive about how he wants to look. For shows like the one at MSG, Ogulu assembles a healthy array of custom looks from Nigerian designers like Onalaja, and runway pieces from favorite brands like Louis Vuitton, Prada, and Marni, and lets Burna have his pick. “He doesn’t like to do fittings. He doesn’t like getting measured, so we have to have options for every single scenario,” she says. “My secret is always to have a pair of soft black leather pants ready. Worst case scenario, he looks dressy and classy, plus he’s comfortable in them. That’s my cheat code.”

Burna and Ronami first became stylistically entwined as kids growing up in Nigeria. “I used to be obsessed with thrift shopping,” she says. “I went to boarding school in South Wales and one time I came back to Nigeria on holiday with this vintage Versace shirt. He was like, ‘I’m taking this.’ I fought him for it, and I lost that fight.” She started working with him more formally as his career started to take off. “I didn’t even think of it as styling, per se,” she remembers. “My mom would call me to say he needed clothes for his music video, I’d have £100, and I’d order three outfits on sale online.”

Now that Burna Boy is one of the biggest artists in the world—or is the African Giant, as he is sometimes affectionately known—they have some slightly higher end options in the mix. For a recent big show in Paris, Burna wore custom Jacquemus. Everywhere they go, Ogulu tries to push the envelope. Burna and Ronami have both been inspired recently by a documentary they saw on Prince’s far-out fashion archive. “I like to experiment with shoes,” she says. “I’ve been weaning him into the rockstar heel. At first he was traumatized, like, ‘What, you’re bringing me heels? Now he loves it!’ He loves Tabi boots, and he has four pairs. If I could find all the colors in his size—size 46—he would probably have ten pairs.” She makes sure to be smart about every detail—for instance, in a nod to local New York fashion, all the dancers and band on stage at MSG clothes from local brand Telfar, including matching black tracksuitis. “Designers can be quite temperamental but Telfar is just so lovely,” she says.

Even on days he wants something more straightforward and a little less avant-garde, he still gravitates towards head-to-toe glitzy high fashion from brands like Gucci. “Sometimes he just wants to drip,” she says. “He’ll tell me, ‘It’s drip or drown, Ronami—that’s just how I felt today.’” That’s the push-pull of a stylist-artist relationship built on blood. No matter the outcome, there’s something special, magic even, in the process. “We probably fight every day, maybe twice a day, but I feel like it works because he trusts that I know what I’m doing,” she says. “He literally will not ask what his stage looks like until the week of the show because he knows that I know that he requires a certain level of greatness. The trust part helps a lot.”

Mon May 2 , 2022
By Nia Harden, WRAL reporter Cary, N.C. — Stores begin opening Monday in the new Fenton mixed-use shopping center, and the grand opening is a month away. According to developers, Sephora and Athleta will open Monday, although there is still work to be done to finish the community, which, in […] 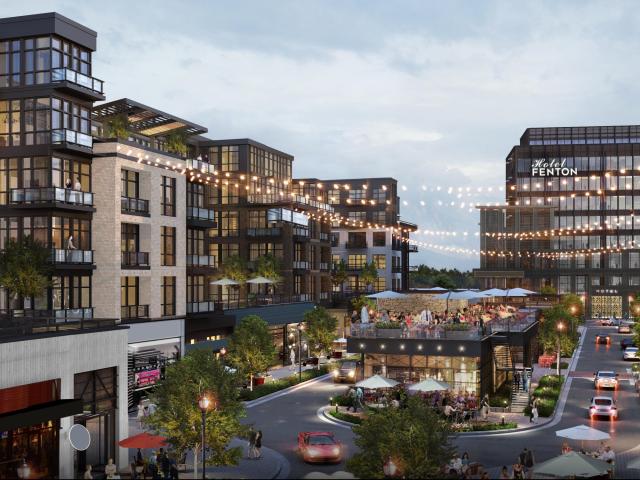